Just When You Thought It Was Safe … Our Halloween Poem Has Returned!

Posted on October 25, 2015 by steveandjohnnie

Once again crawling out from the depths of Halloween’s past, it’s the return of our Halloween Poem.  It’s a fun “trick” to add to your bag of treats for your little people.

For the uninitiated, this is a poem which, in one form or another, we’ve been presenting on radio and the Internet for several decades.  Honestly, we don’t know the origin of the poem. A listener sent it to Steve many years ago in a galaxy far, far away in the days before him n her became HimNHer.  The positive response to the poem and the fun it can provide, particularly for kids, at a Halloween party resulted in it becoming one of our annual traditions.  And, as Steve’s Dad always said, “Tradition is a fine thing as long as it doesn’t become a habit.”

OK, here is how it works.  If you’re having some young children over for Halloween, just get them in a dark room and read them this story of a young man who went to school to learn to be a first-class ghoul.  As you’re reading the story, in the dim light, you pass out items that are supposed to be body parts.  Johnnie has put together a list of things you can use to simulate the body parts.  To make the story even scarier, you can play the audio of Steve’s voice reading the poem. 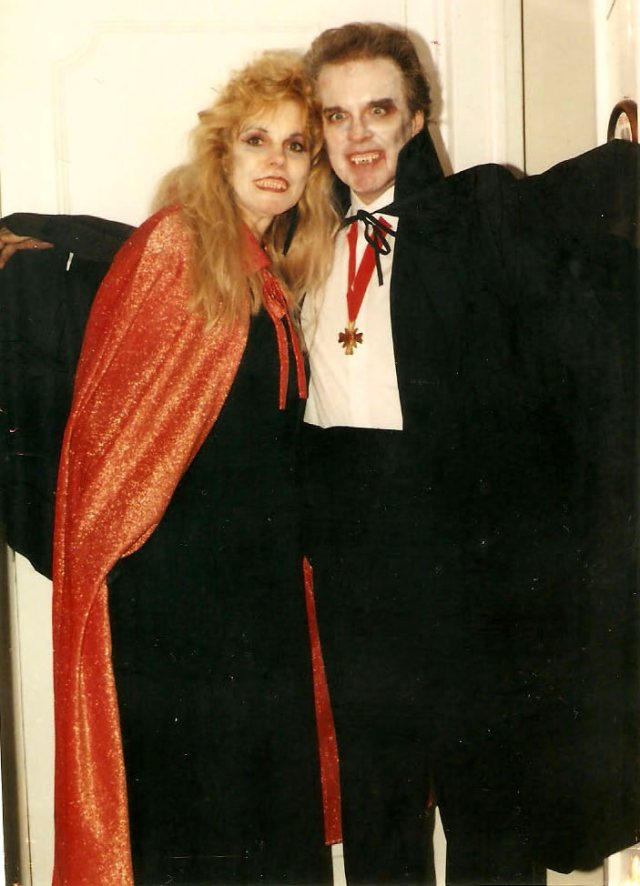 Steve & Johnnie, “Children Of The Night.”

To read and hear the Halloween poem just click on this link.

We have to say a huge THANK YOU to Dave Marzullo, one of the hardest working SPIRITS at WGN Radio for jumping through more Internet hoops than you’ll ever know to make our Halloween poem and it’s audio available.

Even in this high-tech world, each year we hear from a lot of people telling stories of the fun they had with the kids and this old school Halloween poem.  Hopefully, you’ll be one of them.

4 Responses to Just When You Thought It Was Safe … Our Halloween Poem Has Returned!