Those of you who have been with us for a while know we’re huge fans of multi-Grammy award winner and legendary singer/musician, Delbert McClinton.  We’re also very fortunate to have known him for quite some time.  Delbert was one of the artists who were nice enough to let us use one of their live performances on a charity CD we did, in 2000, called “Life After Dark.”

Well, we hadn’t seen Delbert in a while and when we heard he was going to be appearing at one of our favorite haunts, Space, in Evanston, we immediately made plans to stop in and catch up.

Delbert couldn’t have been nicer.  We had a great conversation and he was nice enough to let us record some of his performance. 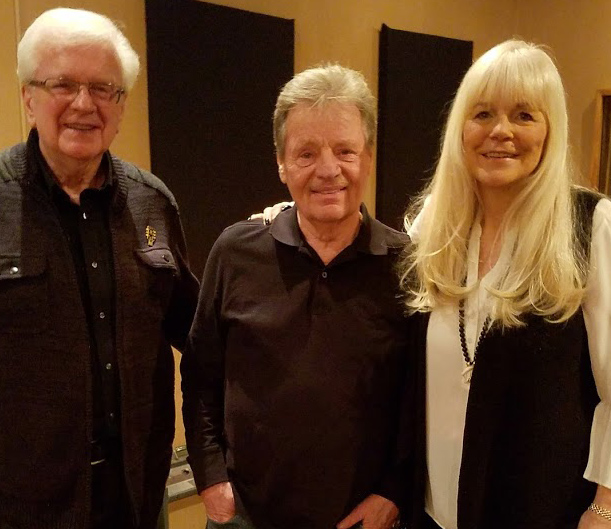 Steve & Johnnie backstage with Delbert McClinton at Space, in Evanston.

The video of some of our conversation and Delbert’s performance of one of the songs from his new album, “Prick of the Litter,” are now posted on the Steve & Johnnie page of WGN Radio’s website.   We hope you enjoy it as much as we did.