Chuck Berry taught me how to play guitar!

Oh, sure there was that first year of formal guitar lessons I had, taught by an accordion player who played a little guitar on the side.  But, after that first year, when I found myself just jamming with my teacher I decided to go another way with other “teachers.”

Instead of walking into the music store and sitting down with sheet music in front of me, now I walked into the record store and walked out with my “lessons.”  The first of those “lessons” came in the form of a 78 titled “Roll Over Beethoven.” 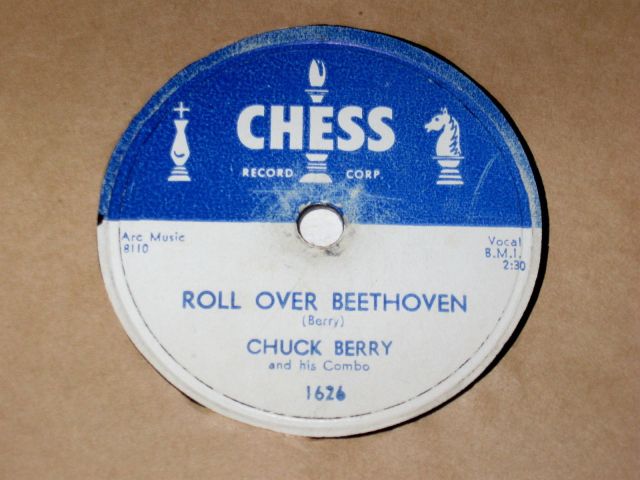 I still have it today.

And, try as I may, I still can’t master all those wonderful licks the way Chuck Berry played them.  But then, maybe I shouldn’t feel that bad because, as good as the Beatles version was, George Harrison got close but didn’t quite master Chuck’s licks, either.

My guitar education continued on with additional “teachers” whose lessons were constantly spinning on my turntable.  Teachers such as Scotty Moore, Duane Eddy, Cliff Gallup and, of course, Les Paul.  But a constant thread in all of my early guitar education was Chuck Berry.

“Johnny B Goode” was a revelation!  But then, so was “School Days” and “Carol” and “Sweet Little Rock And Roller” and “Oh Baby Doll” and … and … and too many others to list.

Before long, I had segued from buying Chuck’s singles to adding the instrumental cuts on his albums to my “must learn” list.  If you’re only familiar with the hits Chuck sang and you’ve never heard Chuck Berry instrumentals, do yourself a favor and do an immediate YouTube search for Chuck Berry titles such as “Blue Feeling” and “Mad Lad” (Both played on a pedal steel guitar.) and additional titles such as “Guitar Boogie,” “Rockin’ At The Philharmonic” or “Woodpecker.”

My point is, as much of an incredible lyricist as he was (And, HE WAS!!!), when Chuck was in the mood, he PLAYED and laid down ground rules that still strike relevant chords with guitarists of any era.

But, of course, although Chuck was laying down ground rules for me and thousands of other budding guitarists, his impact went FAR beyond just wood and steel.

The word “amazing” is, unfortunately, overused today to the point of almost having lost its meaning.  However to say that Chuck Berry was a truly AMAZING lyricist who deserved to be called “the poet laureate of Rock & Roll” isn’t exaggerating at all.  It’s simply telling the truth.

“New Jersey Turnpike in the wee wee hours
I was rollin’ slowly ’cause of drizzlin’ showers
Here come a flat-top, he was movin’ up with me
Then come wavin’ goodbye in a little’ old souped-up jitney
I put my foot on my tank and I began to roll
Moanin’ siren, ’twas the state patrol
So I let out my wings and then I blew my horn
Bye bye New Jersey, I’ve become airborne”

If your mind’s eye isn’t seeing that scene in vivid detail, after hearing or reading those lyrics, I’ll be amazed.

Chuck Berry brought a kind of poetic imagery to Rock & Roll that hadn’t been done before and, along with his guitar playing, that style of Rock & Roll poetry laid down the ground rules for generations of song writers and performers who still follow them to this day.

And then there was that DUCK WALK! 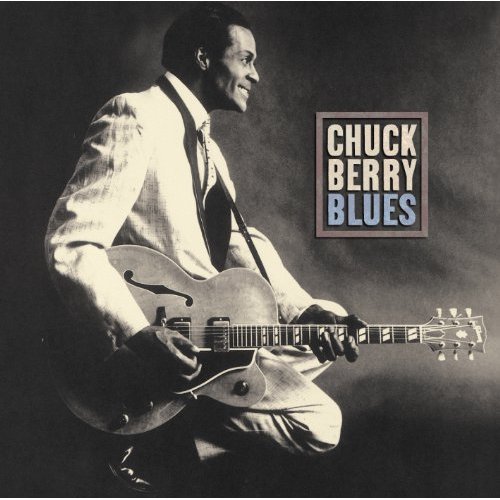 However … if you saw the 1987 movie “Hail! Hail! Rock & Roll” you know that long shadow also covered some pretty dark spaces.  Depending on the day, Chuck could be more than a little difficult to deal with.  In fact, some would attest that being difficult to deal with was more the norm for Chuck than not.

I interviewed Chuck Berry in the early 70’s around the time his only #1 record, “My Ding-A-Ling,” was charting.  While I came to the interview with all the respect and admiration I could hold for one of my long time idols, it only took about 5 minutes to realize that this was going to be a “pulling teeth” interview.  Chuck was in a mood and brought a ton of attitude to the conversation.  Was the attitude necessary?  Of course not!  But, that day, that was just part of the Chuck Berry experience.  And, BECAUSE it was Chuck Berry, I went on with the interview and made no objections.

A man loaded with extraordinary talent, Chuck Berry was also a man loaded with contradictions.  As hard as it might have been to really get to know Chuck Berry, I felt that I knew him a lot better after reading his incredibly honest take on his own life, “Chuck Berry: The Autobiography.”  Anyone who listens to Chuck Berry lyrics will know that Chuck Berry wrote this book.  It’s obvious these are Chuck’s words, not those of a ghostwriter, and these words will probably tell you more about the man than anything else you can find.

In the mid 90’s a WGN radio listener saw Chuck in Las Vegas.  She knew Johnnie and I were big fans of his and asked him to autograph a photo for us. 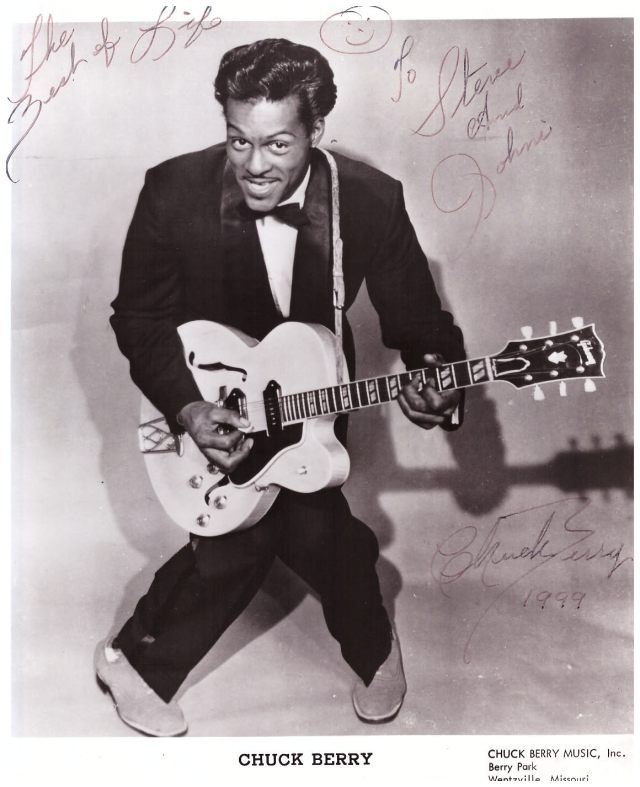 As you can see he signed it as if it was already 1999.  She asked him why the 1999.  He said he hoped to still be performing then.  Chuck Berry was still performing in 2016 … and his music will still be playing long after … even in outer space.

3 Responses to Chuck Berry: An Appreciation