5 Years on the Walk!

For whatever reason, it seems that a number of anniversaries have been filling up our calendar lately.  One made itself known today (May 29) and it’s one we’ll never forget.

Five years ago we were honored and humbled to be inducted into the WGN radio Walk Of Fame.

One of the many things we remember about that day is how hot it was out on Pioneer Court and how touched we were to see the size of the crowd of people and friends like Ronnie Rice, Clark Weber and Bob Collins‘ wife, Christine, who braved the temperatures to show their support. 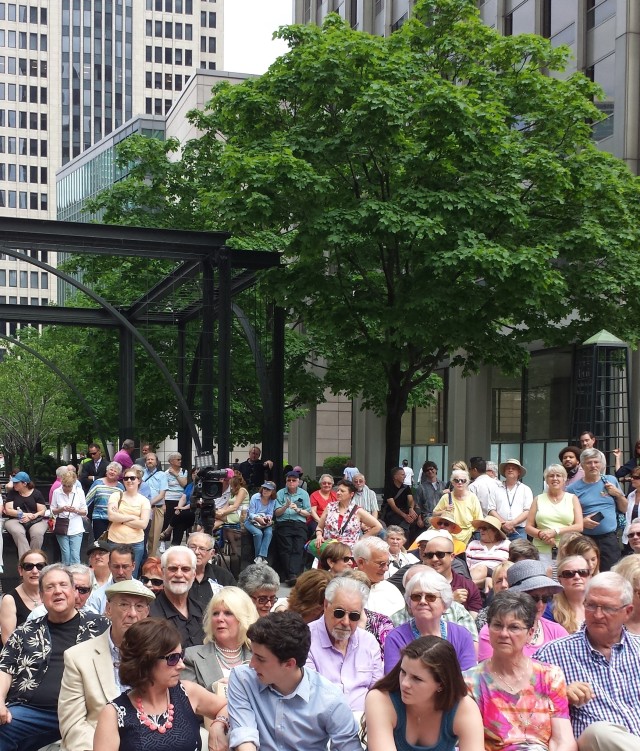 When time came for our part of the ceremony, in spite of all our years in broadcasting, we both found it a bit of a daunting task to answer questions from Bob Sirott & Steve Cochran and try to summarize our time at this legendary radio station and get it all in before the next commercial break.  But, hey, that’s radio!

So much has changed in the past 5 years, including WGN radio’s new studios, which are no longer located in the Tribune Tower.

The time may have passed quickly, but our appreciation for this incredible honor will and what it represents about our time spent at this legendary station will never fade.

2 Responses to 5 Years on the Walk!