Posted on September 17, 2019 by steveandjohnnie 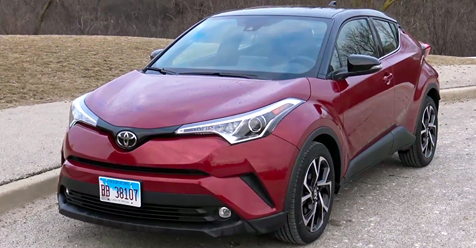 If you, like a lot of our neighbors, are wondering just what C-HR stands for, the answer is “Coupe-High Rider.” It is taller and has more ground clearance than your typical car but, by most definitions, it is a crossover vehicle. So, what else is it and what do we think of it? Well, just click this video link to take a drive with us and see for your self.

And don’t forget, if you want to check some of our previous road tests and some of the other goodies we’ve been pouring into the Daily Drive tank, just point your browser right here.

Posted on September 2, 2019 by steveandjohnnie

We hope you’ll wrap up your Labor Day with us on WGN Radio.  We’ll put our headphones back on and slide inside your radio speaker once again, for an evening, to host WGN Late Night.

We’ll be on from from 10PM-1AM (Central). Among our guests will be guitar legend, Tommy Emmanuel and computer guru, Patrick Crispen.

Plus, we’ll tell you how to get a special tribute CD that contains one of Steve’s new recordings.

Don’t forget, if you’re not in the Chicago area, you can still listen and watch by clicking this live stream link.

We’re On WKGC This Friday Morning!

Posted on August 22, 2019 by steveandjohnnie

We’re spending a few days in Panama City Beach, Fl. and this Friday(8/23/19) at 9AM (Central)  we’ll travel over the Hathaway bridge to see our friends Tom Hoots and Caleb Jordan on The Morning Mix at WKGC-FM (90.7-FM), in Panama City, FL.   While we’re there we’ll share information with the class about how you can get a special tribute CD that contains one of Steve’s new recordings.

We hope you’ll tune in and remember, if you’re not in the Panama City area, you can listen just by clicking this link to WKGC’s live stream.

Posted on August 16, 2019 by steveandjohnnie

A few thoughts 42 years on:

I clearly remember the night, in 1956, when my mom and I adjusted the antenna on our 9 inch TV so we could get a good picture to see Tommy & Jimmy Dorsey’s “Stage Show.”  One of the headliners that night was pianist Roger Williams and, as the announcer ran through the list of other guests, we both laughed at the name Elvis Presley because we thought, with a name like that, he must be some up and coming comedian.

By the time the show was over we knew the “up and coming” part was the only thing we were right about … and we were fans.

We eagerly tuned in all six of his “Stage Show” appearances and, along with the rest of the country/world, became swept up in “Elvismania.”

As much as I credit Les, Chet, Duane and the usual suspects for my love affair with guitars, if I’m REALLY honest, I’m sure Elvis had a little to do with it, too.

I never saw Elvis in concert in the 50s. While we watched together when Elvis was on the Milton Berle, Steve Allen and Ed Sullivan shows, my Dad was a little concerned that a riot might break out when Elvis played Chicago, in 1957. So, my first live Elvis concert was in 1972, when he again played Chicago. At that point, he was still in good shape and looked and sounded great. Over the next several years I saw him a total of 5 times.

I hesitate to share this next part with you because I know there will be some eye-rolling as you read it but, it happened so, I’ll share it with the class.

In the final year and a half of his life, I saw Elvis 3 times. I mention this because, as anyone who saw him at that point could tell, he was not in the best of shape and there were nights when it was increasingly apparent that he was walking through his performance. Some nights he only seemed to be into it when he got to a song like “Hurt,” which he really dug into and, on some nights, would repeat. It was interesting to watch the audience reaction to “Hurt,” too. It was one of the few points in the concert when they were not just applauding Elvis but, in fact, applauding a REALLY good vocal performance.

So, what about the “eye-rolling” part? OK, here goes.

I was at his last performance, at Market Square Arena, in Indianapolis. Mid-way through the show, even though I was used to seeing him in poor shape, something just seemed and felt different. I had the VERY STRONG feeling that this was the last time I would ever see him. The person sitting next to me had the same feeling and we talked about it after the show. Make of that what you will .. or nothing. Your guess is as good as mine about what the significance is/was. All I know is that’s what happened.

That August I was doing the 10PM-2AM shift at Chicago’s WLS radio and, even though we had a very tightly formatted station, when I got the news about Elvis having died, I knew I had to break the format and pay tribute to “The King Of Rock & Roll.” I wanted to do something a little different and get a perspective from someone who had been a part of the craziness that accompanied the early days of rock. At first, I wasn’t sure that my choice was the right one but, the more I thought about it, I knew it was.

Pat Boone and Elvis spent their early years in Tennessee, started their careers covering R&B hits and, along with Fats Domino, battled for the most charted record totals in the 50s. Pat was nice enough to join me and share stories of the friendship he and Elvis began in those early days when screaming teenagers followed every move both of them made.

No, although I frequently talked with his guitarist, Scotty Moore, and drummer, D.J. Fontana, I never got to interview Elvis. But, like many of you, he played a pivotal roll in my life that extended far beyond my teenage years.

And, speaking of those later years, wasn’t it cool to see him reclaim his “crown” on the 68 “Comeback Special?” Yeah, it was … and still is.

We meant to post this sooner, but this past week filled up and was soon overflowing, so we’re just getting around to it now.  Darn, don’t you hate it when life gets in the way of your plans?!?

Anyhow, the bottom line is, we’re getting used to the new WGN studios and every time we fall by, we forget how much fun it can be.

Our long time engineer and keeper of the big plug, Adam Phillips, made sure our June 26th ” radio drive-by” went smoothly and made sure he was always within reach in case one of us hit the wrong button. 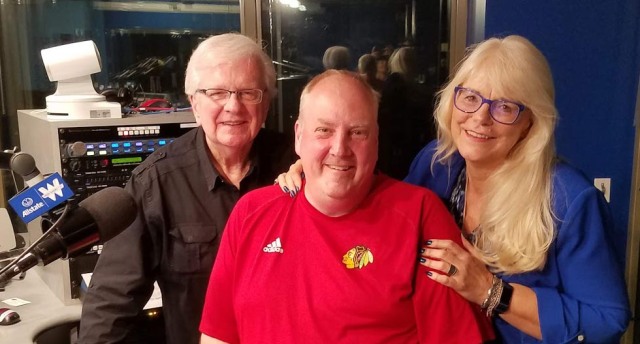 It was the first time we worked with producer, Vivianne Linou.  Not only is she a terrific producer but, we found out, she dreams in Greek and plays guitar. What’s not to like? 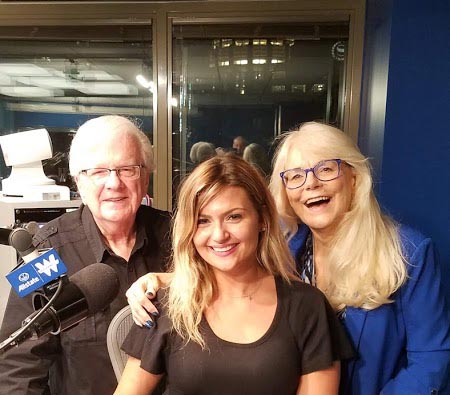 Our guests, Rick Pearson (Chicago Tribune Political Reporter and WGN Radio Sunday Spin Host), Patrick Crispen (Assistant Professor of Clinical Medical Education and Director of Educational Technologies at the Keck School of Medicine of USC) and Fred Weintraub (Royal Correspondent for WCIU’s “The Jam,” “The Worldly fellow” & Journalist heard on WGN Radio) brought their significant expertise and did their best not to make us sound too dumb.

And, have we mentioned, the view from the new WGN radio studios ain’t too shabby, either.

Looking down at the Chicago River, the Wrigley Building and other good stuff from WGN radio’s 18th floor studios on Chicago’s Wacker Drive.

All in all, the planets and the people involved aligned to help make Wednesday night’s show so much fun to do. We hope it was fun for you, too. If you missed it, or if you’d like to hear it again, just click this link to hear the full show podcast.

And, just in case we haven’t said it in a while, thank you so much for hanging out with us at our various cyberspace haunts and now and then when we jump back inside your radio speakers.  We never take your friendship for granted and we never will.

Back To “Life After Dark” For An Evening!

We hope you’ll join us tonight (June 26) from 10PM-1AM (CST) as we revisit our “Life After Dark” roots on WGN Radio, for an evening.

Yep, once again, we’re going to see if our brains and fingers remember the drill and which buttons to push as we spend a little time staying up late inside your radio speaker and hosting WGN Late Night.

We hope you’ll tune in to 720 AM or, if you’re not in the Chicago area, you can still listen and watch by clicking this link to WGN Radio’s live stream.

The Kona is Hyundai’s offering in the, increasingly competitive, subcompact-crossover segment.  How does it stack up against the competition?  Just click this link to take a ride with us and see for yourself.

And don’t forget, if you want to check some of our previous road tests and some of the other goodies we’ve been pouring into the Daily Drive tank, just point your browser right here.