We may have told you before that some posts are harder than others to write.  Well … this is one of those.

As we started typing this into our desktop it was a half hour until Midnight.  We were still sorting out some very sad news we just got and would be sharing with Nick Digilio on WGN Radio, at 4 AM, as we joined him to remember, and pay tribute to, a dear friend who just happened to be one of the most talented singer/songwriter/musicians we’ve ever known … Bob Young.

We just got word late Tuesday night that Bob passed away.

For any of you who might not know, along with writing, singing and performing on any of a number of incredible musical creations that sound as good as, or better than, much of what you hear coming through your radio today, Bob also wrote “The WGN Song” and our “Steve and Johnnie – Johnnie and Steve” theme.

We first encountered Bob at one of WGN Radio’s Taste of Chicago broadcasts.  We knew right away he was a REAL talent, but didn’t really get to know how much of a talent or how dedicated a performer he was until he joined us onstage at the WGN Tornado Aid concert at Joliet’s Rialto Square Theatre.  That concert was organized to raise money for the tornado that devastated much of Plainfield in 1990.  Bob and his band had another gig booked that night, but insisted on playing BOTH gigs because he wanted to help.  He backed us on the infamous version of “Johnnie B Goode” that not only saw Steve singing and playing but, in a “we’ll never forget this” moment, saw Johnnie burn her accordion ala Jimi Hendrix.

After playing his own set and backing us, when the curtain closed, Bob and his band quickly ran off the stage to the other gig where they had stashed additional instruments.  It was not long after that Bob wrote “The WGN Song” which is currently being used in radio and television commercials.  The original, sung by Bob, debuted on Bob Collins’ show one morning during the days Johnnie was still doing traffic on the show.  Bob Collins said to Johnnie “Johnnie Gail, Bob Young has sent us a song called “The WGN Song” let’s give it a listen.”  It was the first time anyone had heard the song and before it was over both Collins and Putman and, we suspect many listeners, were drying their eyes.  It was an instant favorite and opened the door to Bob Young regularly opening the door and saying “Hey kids, I just wrote something new.  Wanna hear it?”  The answer was always “Yes.”  Bob Young was the rare performer we would pop a tape or CD in and play on the air without auditioning because we totally trusted him and knew it would be something really good. He never let us down. 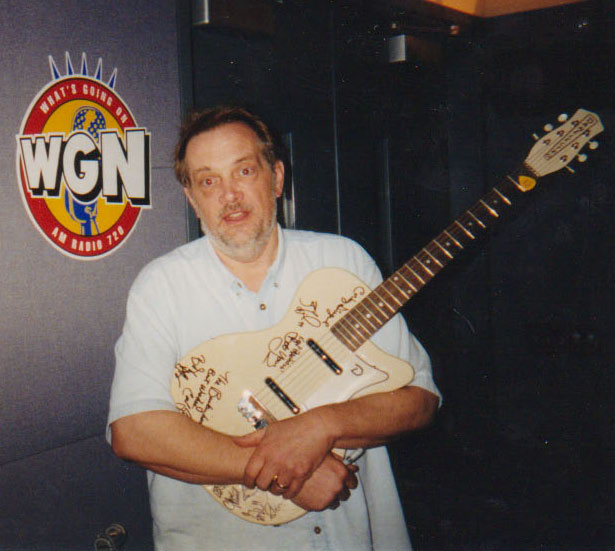 As we got to know Bob, a real friendship developed.  For years Bob and his wife, Mary, spent holidays and birthdays with us at our house or on our show at WGN.  One morning we got the terrible news that a fire had left Bob and Mary homeless and without a life’s worth of possessions.  In a very short order, almost overnight, Bob Collins joined the two of us and Phil Vaughn, the head of Nation Records in organizing the “Friends Again” concert.  The Ides of March, The Buckinghams, The Cryan’ Shames, Ronnie Rice, Stormy Weather, Pete Special and a ton of WGN listeners came together on a rainy Sunday afternoon in an airplane hanger to participate in the “Friends Again” benefit to help out Bob and Mary.  We auctioned off everything from guitars to Johnnie’s homemade cakes.  It was a HUGE success and gave Bob and Mary the means to get back on their feet.  By the way, “Friends Again” was named after one of Bob’s songs.

Bob Collins and Bob Young at the “Friends Again” concert.

One of the many nights we’ll never forget is having Bob in the studio and getting a call from Bob’s brother, Steve.  They hadn’t talked to each other in years.  During the news they talked off the air and reconnected.  This reconnection resulted in Steve Young helping produce Bob Young’s first album “Who’s Bob Young.”  Both brothers were in the studio with us for a CD release party that saw the album sell out.  The guys literally had operators standing by and before our show ended they told Bob and Steve that all the copies they had pressed were sold out.  Talk about a reunion!

Bob’s follow up album, “American Stories,” contained many listener favorites like “Hey Baby,” “Friends Again,” and “Her Mother’s Daughter.”  “Her Mother’s  Daughter” was written for Bob’s wife Mary and her daughter and, as we know from many listeners, was played at many a wedding.  If you’d like to hear some of “American Stories” the album and downloadable  tracks are available by clicking right here.

If you’d like to hear our theme, “The WGN Song,” and “The Yacht Lyle Dean” and see a video of Bob performing, just click here for WGN Radio’s tribute to Bob Young.

Unfortunately, recent years found Bob grieving the loss of his beloved Mary and spending more time surrounded by doctors and nurses than he would have liked.  Through it all he remained amazingly upbeat and would always want to talk about his next project or song.

There is so much more to say about Bob and we shared some of our thoughts with Nick Digilio this morning.  Click here if you’d like to hear the conversation we had with Nick remembering Bob.

Suffice it to say, we loved Bob not only for his talent but for his humor and his big heart. His passing leaves a hole in ours.

He lived to play music and we’d like to believe he’s sitting on that front porch he always told us about and strumming his guitar for Mary. 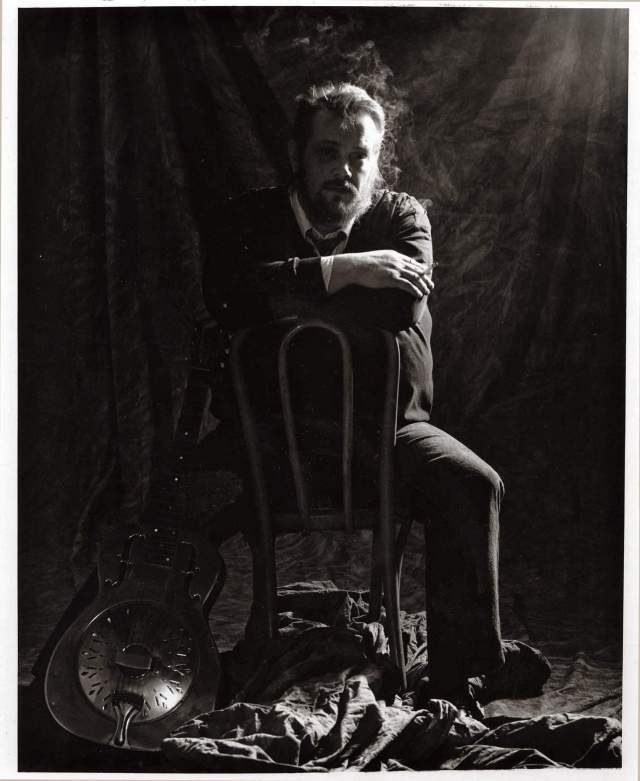